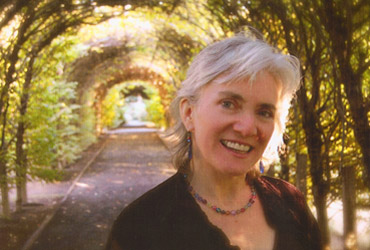 We are excited to start 2021 hosting (sign up for our emails to get the link to join)  Jacqueline Schwab, a folk and classical improvisational pianist who plays “gorgeously spare piano” (The Boston Globe) yet “sounds as if she has an orchestra at her fingertips” (Sing Out). Chosen by the renowned Ken Burns for numerous public television documentaries due to the emotional expression in her playing, Jacqueline has performed on the soundtracks for the Grammy award-winning Civil War, the Emmy award-winning Baseball and Mark Twain, among others. She has performed at the White House for President Clinton in 1997 to celebrate Burns’ Lewis and Clark series and also at the Smithsonian in 2000 celebrate its exhibition on the Presidency. In May, 2009, she accompanied Scottish singer Jean Redpath, on the Late Show with David Letterman.

Jacqueline’s signature style defies easy categorization, fitting somewhere in the crossover between folk, traditional, classical and new age music. Although many people connect improvisation with jazz, Jacqueline’s inspirations are traditional music of England, Scotland, Ireland, and America, blues, vintage tangos, Bach’s dance suites, nineteenth-century parlor piano, and the turn-of-the-twentieth-century sounds of Satie, Debussy and Bartok for starters. In the unique Third Stream program at New England Conservatory of Music, from which Jacqueline received a Bachelor of Music degree with honors, she was encouraged to meld different musical traditions into a personal style.